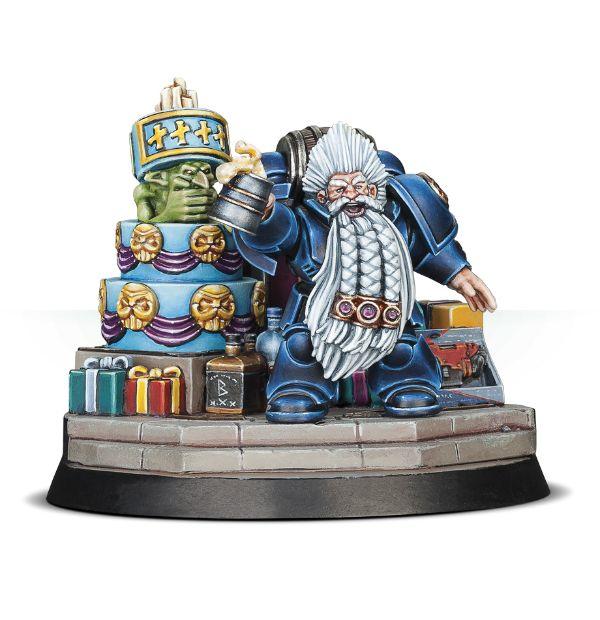 Grombrindal, the White Dwarf himself, is a hero from a time beyond legend.Some say he is the living incarnation of Snorri Whitebeard himself, first High King of the Dwarfs; others that he was betrothed to the goddess Valaya, protector and bestower of magical resistance. Whatever his identity, for 40 years weve known him as the figurehead, protector and overlord of White Dwarf magazine.

Now hes ready to celebrate and youre invited to the party with this resin miniature! Grombrindal is handsomely bedecked in a Space Marine costume complete with runes on the shoulders and a beer barrel built into the backpack, he stands atop a scenic base packed with detail a ton of presents, a toy bolt gun and a massive cake, from which The Black Gobbo is bursting with mischief on his mind.

This model is also supplied with a 25mm round base