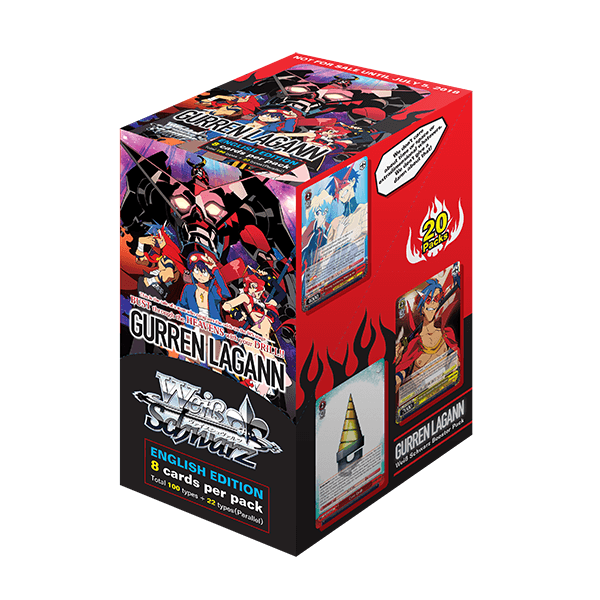 Including BRAND NEW abilities never before seen in Weiß Schwarz!

Picking up from the Trial Deck+, this Booster Pack focuses on scenes from the rest of the anime, until the end of the season.

Multiple cards that strengthen the prowess of cards from the simultaneously released Trial Deck+! Every pack you purchase has a chance to contain a sign card by the following voice cast!!! Tetsuya Kakihara (as Simon) Katsuyuki Konishi (as Kamina) Marina Inoue (as Yoko) Yukari Fukui (as Nia) 1 of 4 exclusive PR cards in every display box!