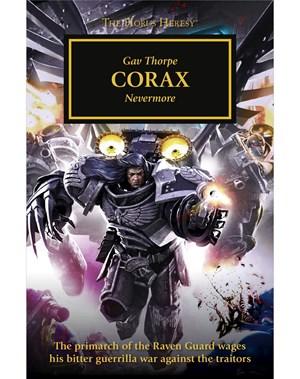 After Isstvan, after Deliverance, the Raven Guard still endure. Their primarch Corvus Corax has rallied countless warriors to his banner, striking back at the forces of the Warmaster on every front from the degenerate hereteks of the Mechanicum to the cruel legionaries of the Sons of Horus, none shall escape his wrath. But although Corax has managed to stall the physical corruption of his own Space Marines, what of their spirit? And what sinister end must await those who dwell forever in the darkness?

This anthology contains all of Gav Thorpes tales of the Raven Guard in the Horus Heresy the novellas Soulforge and Ravenlord, and short stories The Shadowmasters, The Value of Fear and Raptor. Also included is the brand new novella Weregeld, taking Coraxs legend to its grim conclusion.