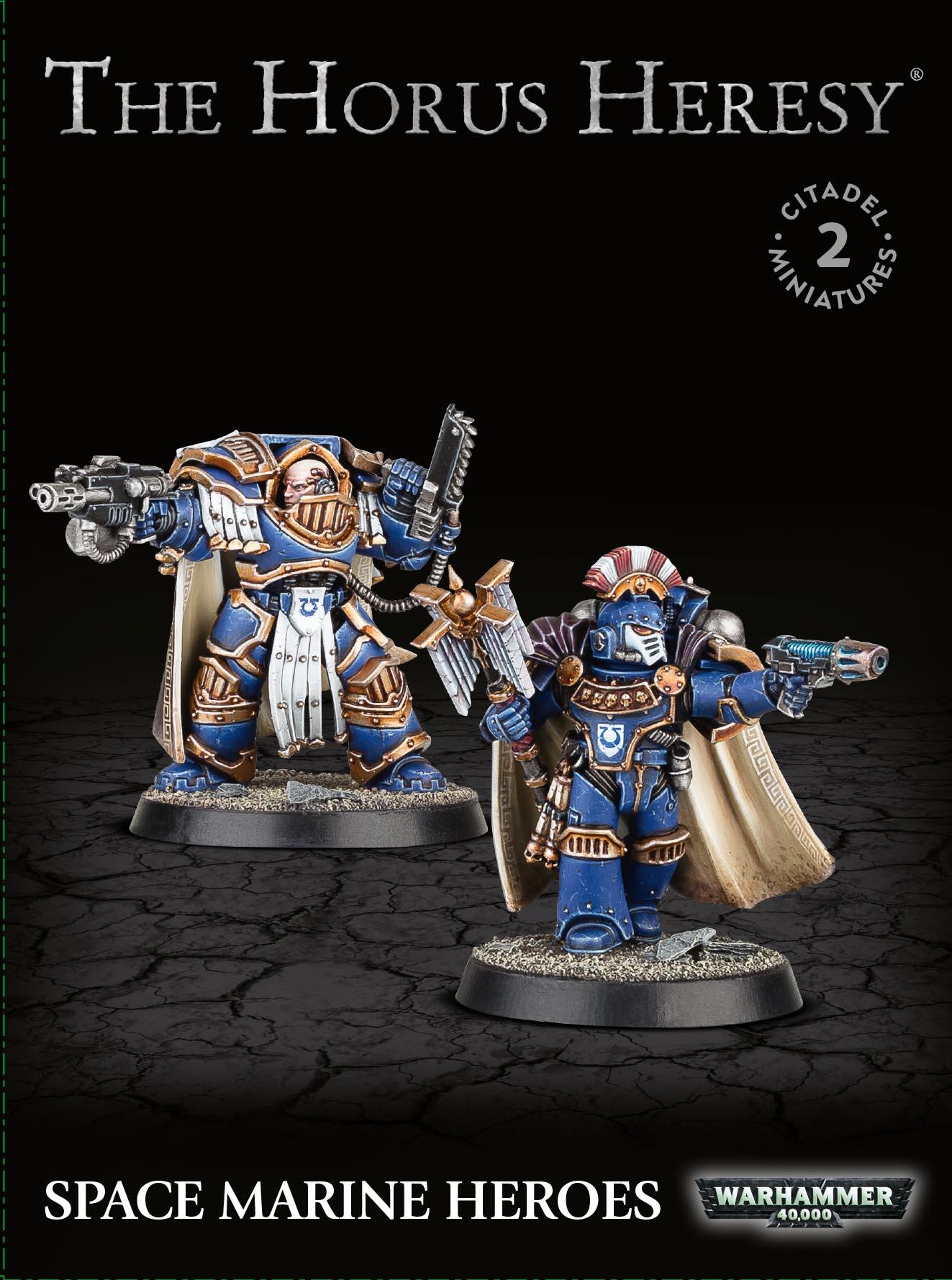 Among the greatest heroes of the Imperium, Terminator Captains have proven themselves again and again in the heat of battle. Chaplains, the spiritual leaders of the Chapter, preserve and perform ancient rituals, making them indispensable members of any squad. The mightiest of these Captains are sometimes rewarded with the privilege of donning Cataphractii armour – sometimes dating back to the Great Crusade, the honour of wearing these pieces spurs Captains on to even greater feats in the name of the Emperor.

This box set contains the parts necessary to assemble a Terminator Captain in Cataphractii Armour and a Chaplain , adding a touch of Horus Heresy-era class to your Space Marines army! Includes a transfer sheet, a Citadel 32mm Round base and a Citadel 40mm Round base.

Rules for using the Terminator Captain in games of Warhammer 40,000 can be found in Angels of Death.