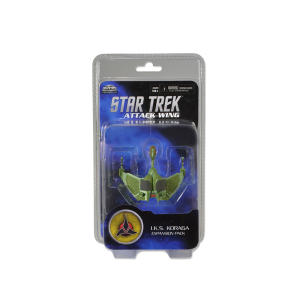 A Klingon K'Vort-class Bird-of-Prey It was commanded by Lieutenant Commander Worf as it entered a hazardous area near Cardassian space known as "The Badlands" As one of the largest of its kind, the K'Vort-class is more heavily armed and able to carry a larger crew than other Klingon Birds-of-Prey. As such, it is often used on missions in dangerous regions of space and is a formidable foe in battle. The K'Vort-class remained in the service of the Klingon Defence Force throughout the Dominion Wars