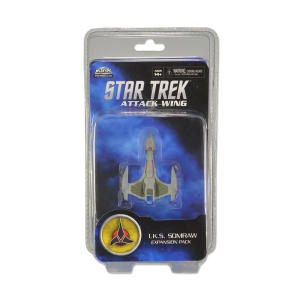 A Klingon Raptor-class ship After a battle with the Xarantine, the Somraw suffered damage and retreated into the atmosphere of a Q'tahL-class planet (a class 9 gas giant) for repairs in case there were other Xarantine ships nearby. Unfortunately, its captain and crew fell ill and it fell deeper into the gas giant's atmosphere where it began to be crushed The Somraw commander's honor would have preferred that they died in battle with the Xarantine rather than being "crushed into nothing in the depths of this miserable planet". They were later rescued by Captain Archer of the Enterprise NX-01.