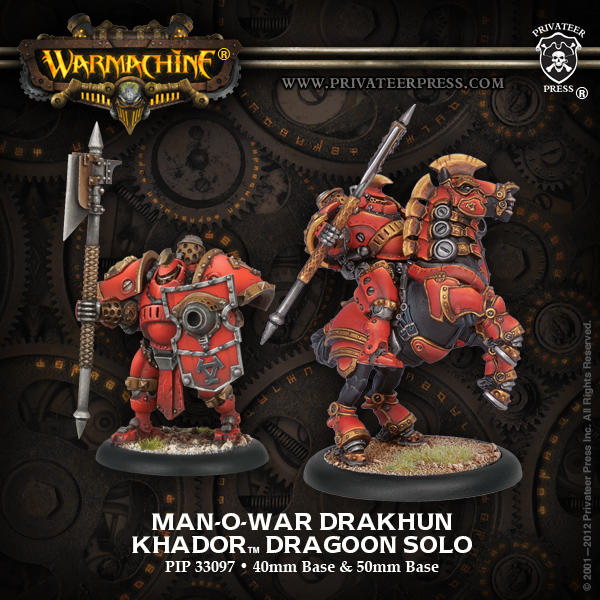 Only the most powerful Man-O-War soldiers—gifted with uhlan blood and born and raised in the saddle—may petition to become drakhuns. Each one trains his powerful Karpathan destrier to be as much a weapon as the mechanikal axe and cannon he bears into battle. Uniting the ancient traditions of uhlan heroes with the armor of the Man-O-War, the drakhun is a mechanikal force of destruction able to fight even if his mount should fall.

SPECIAL NOTE: PIP 33097 contains the same Mk II stat card as PIP 33045. The model in PIP 33097 is the same model as is in PIP 33045 and includes a dismounted Drakhun. The replaced PIP will no longer be available from Privateer Press beginning April 1\\\\