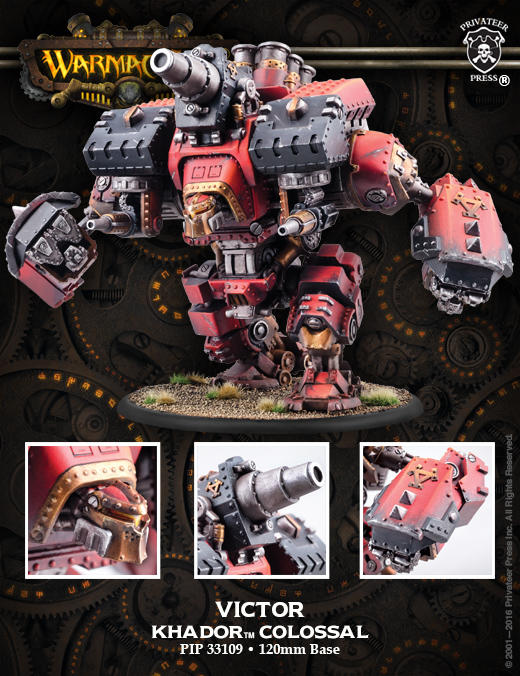 Khadoran colossals are mountains of steel bristling with some of the most powerful weapons ever deployed in the Iron Kingdoms. The deafening roar of the Conquest’s steam-fed engine is punctuated by the percussion of its devastating guns, which unleash a punishing barrage of shells able to reduce warjacks to slag and annihilate entire enemy formations. The Victor’s massive siege mortar and its sophisticated loading system bring unmatched versatility to the battlefield, while its autocannons neutralize airborn threats with pinpoint accuracy.

Released the 23rd of November.