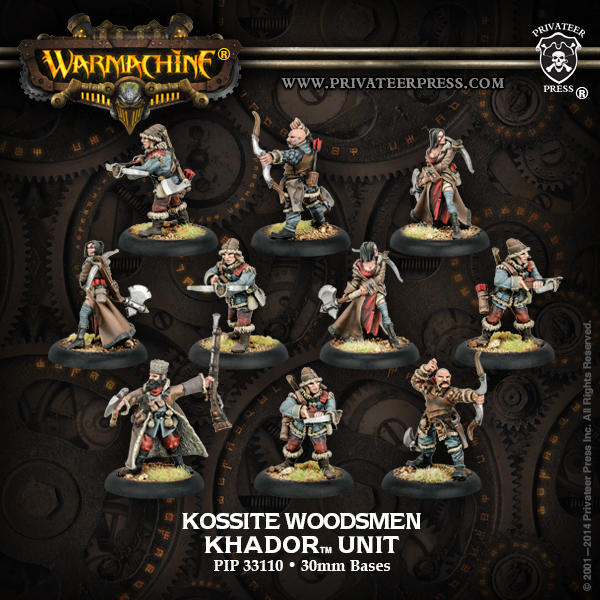 It is the law of Khador that all citizens must serve in the military, and the Kossite clans of the far north are no exception. Despite their motley appearance and simple weapons, the Kossite woodsmen are fierce warriors. They wait in ambush with the patience and instincts of a hunter, and strike at the perfect moment to kill key assets or crumble the enemy’s flank.

SPECIAL NOTE: PIP 33110 contains the same Mk II stat card as PIP 33030. The models in this box represent the same figures in the game. PIP 33110 replaces PIP 33030 and PIP 33031 by offering their contents in a complete unit. The replaced PIPs will no longer be available from Privateer Press beginning March 1, 2015.