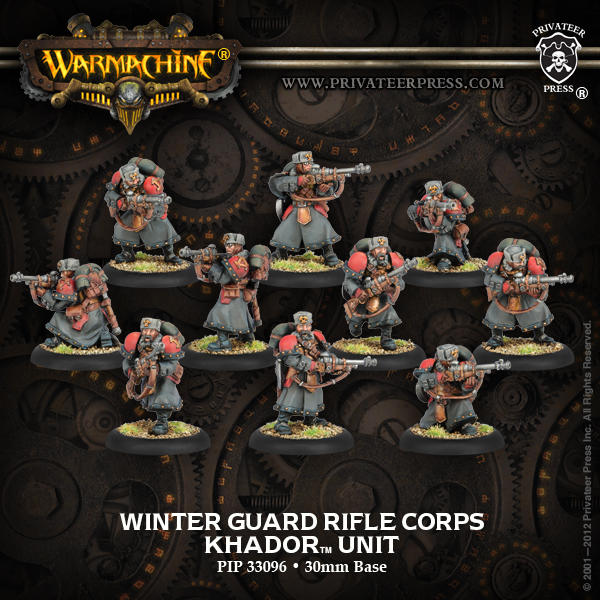 A number of Winter Guard conscripts have trained to use rifles as part of the ongoing modernization of the Khadoran army. Those selected to join the Rifle Corps receive advanced training with their Blaustavya military firearms. When ordered by their sergeant, a Rifle Corps squad can produce a tremendous volume of fire, making an area virtually impassable to enemy troops.