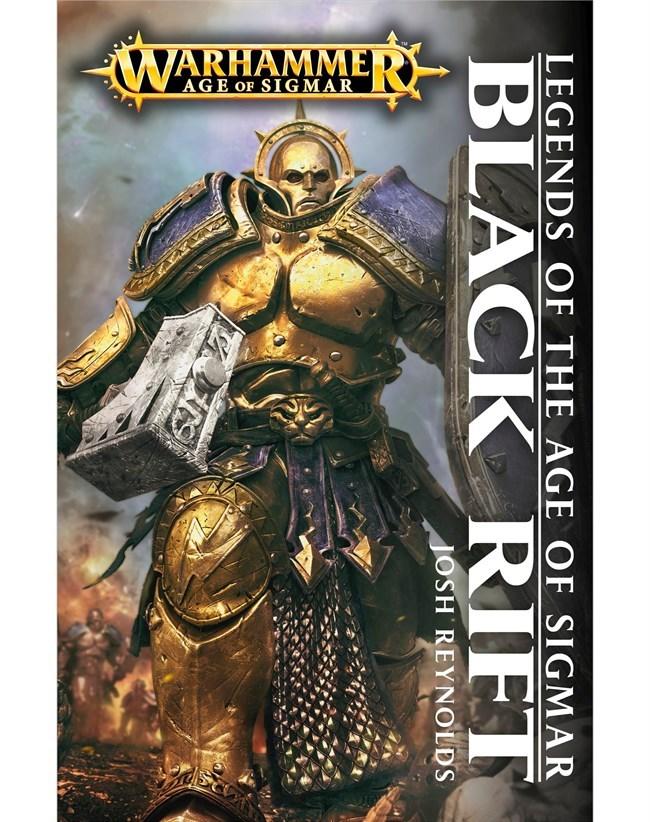 Legends of the age of Sigmar: Black Rift

In the Tephra Crater lies the city of Uryx, a once-proud bastion now overrun by the Bloodbound. Anhur the Scarlet Lord means to use the city to open a gateway to Khornes own realm and drench all of Klaxus in blood. Only Sigmars chosen stand in his way the Warrior Chamber of Orius the Adamantine, one of many fighting a bitter war of liberation in this region. Their quest is a grim one: breach the walls and reach the heart of Uryx to prevent a ritual that will bring about death untold. The hopes of all Klaxus rest on Lord-Celestant Orius his warriors are many, and heroes all, but to triumph he must defeat not only the forces of Chaos but the demons of his own past.