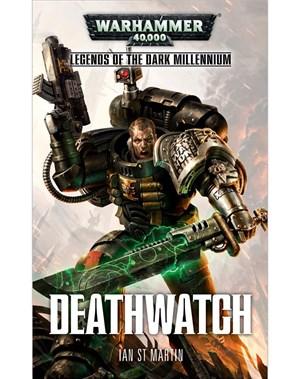 Legends of the Dark Millennium: Deathwatch

The Deathwatch stand apart. Chosen from among the finest warriors of the Adeptus Astartes, they are an elite and secretive force, wielding advanced weaponry to wage a shadow war against the myriad xenos predations assailing the Imperium of Mankind. When a resurging threat collides with a bitter foe on the fringes of the galaxy, annihilation comes to the Kurbynola System, poised to spread into the entirety of the Emperors domain. With the fate of humanity in the balance, Watch Captain Artemis leads the Deathwatch into battle against untold billions. It is a war that will teach Artemis the true meaning of duty in service to the Imperium, and the price that must be paid to preserve it.