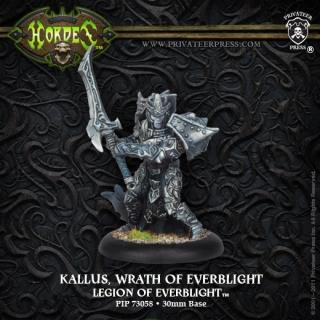 New As Supplied by Privateer PressCreated by Everblight through his chosen servant Thagrosh, Kallus is a

simulacrum crafted to house a shard of the dragon's athanc. His flawless

form is matched only by his battle prowess. Kallus, Wrath of Everblight

Nyss he leads into battle.