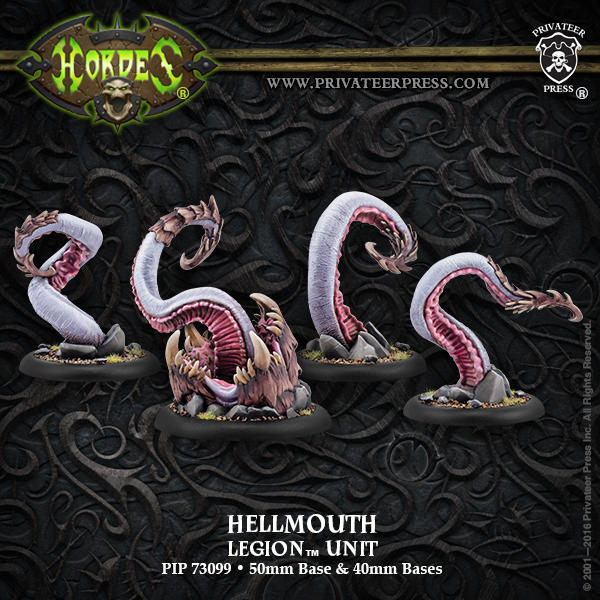 With the ability to deploy up to 12” beyond its player’s regular deployment zone and the ability to completely mess with an opponent’s battleline thanks to its Grip ability, the Hellmouth is a powerful control piece as well as a fearsome damage-dealer that even heavy warjacks and warbeasts have reason to fear.

Few of the dragon Everblight’s creations invoke as much fear as the blighted nightmare that is the hellmouth. Erupting from beneath the ground to unleash terror and consume flesh, this horrific subterrestrial beast uses its spiked tentacles to drag its hapless victims into its waiting maw.