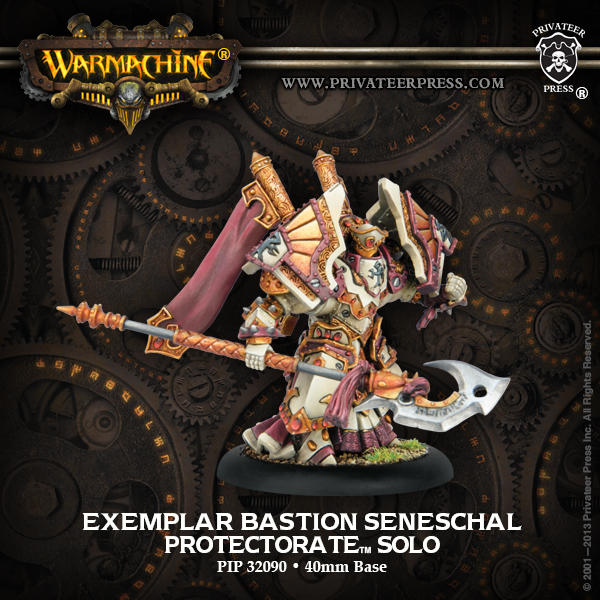 Such is the power of faith in an Exemplar bastion seneschal that his presence allows brother bastions to endure impossible punishment while firmly holding the line against the Creator’s enemies. Exemplar bastion seneschals are uniquely entrusted with the command of the Protectorate’s warjacks in support of their fellow Exemplar knights, joining the power of those machines to the bastions’ unbreakable wall.