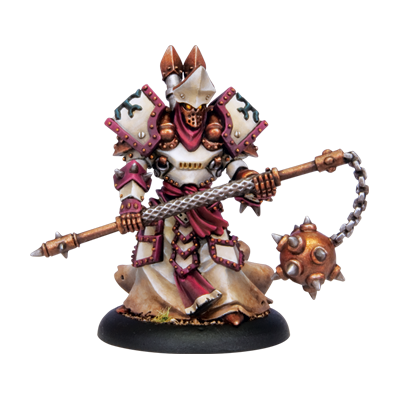 High Exemplar Kreoss has become a living legend. His concentration is unmatched as he directs interdictions of thousands of zealous soldiers and warjacks to key points in a battle. So strong is his faith that a mere touch from his blessed weapon can revoke the unwholesome sorcery granted by lesser gods to their wayward followers.