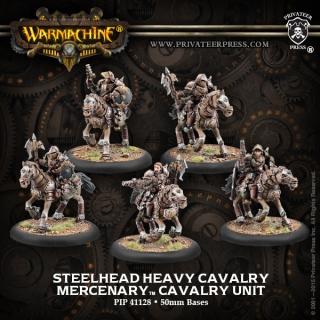 Steelhead Mercenary Companies often include hardened horsemen, providing the speed and power of heavy cavalry at a reasonable price. Though they demand more than Steelhead infantry, employers consider the horsemen a bargain. The cavalrymen have a reputation as tough veterans who seek out the greatest risk because it brings them the best pay. Though some citizens in war- torn areas accuse them of banditry and looting, Steelhead officers insist their men are professionals who take only the normal liberties expected of any red-blooded soldier in a time of war.