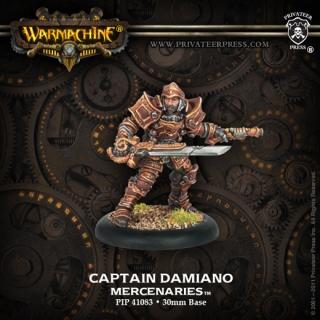 New as supplied by Privateer PressCaptain Amador Damiano fights for glory, fame, honor, and the certainty

that he will in time become a living legend. His Steelheads march in

perfect lines and display a unity and responsiveness on the battlefield

equal to or surpassing the infantry of any army in western Immoren.

Damiano sees himself as much more than a mercenary captain; each

contract he takes is not simply a paycheck, it is another conquest,

another chance to show the world he is a battle commander without equal.