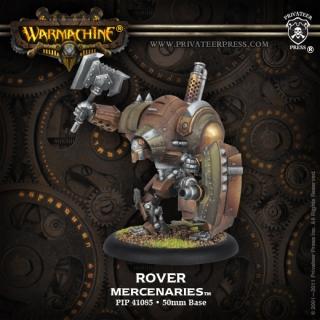 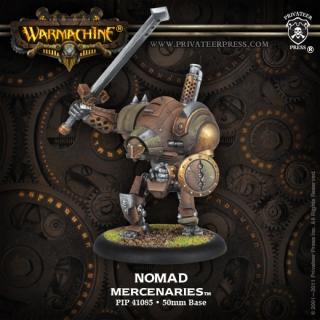 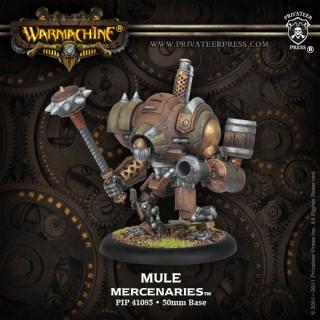 Mercenary warjacks are often drawn from discontinued chassis once
produced by kingdom armies. The Mule, a former Cygnaran warjack, wields a
massive battle mace and an innovative steam-powered cannon packing
enough explosive punch to scatter enemies like leaves. The Nomad, once a
Cygnaran mainstay, has been battering enemy ?jacks with its battle
blade for 150 years. The Rover was built specifically for mercenary use,
and its battleaxe and shield-mounted cannon have turned the tide of
many a battle. Mercenaries maintain these battle-tested machines and
find them fully capable of standing toe-to-toe against any fresh from
the assembly line.

This box set contains three color stat cards and one multi-part heavy
warjack plastic model (PIP 41085). Included are all the components to
assemble one of three heavy warjack variants: Mule, Nomad, or Rover. A
player may field any number of these heavy warjacks with a Mercenary
warcaster.