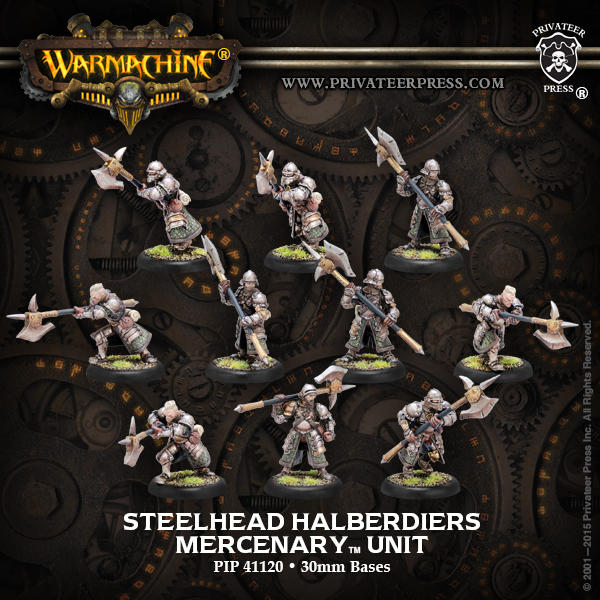 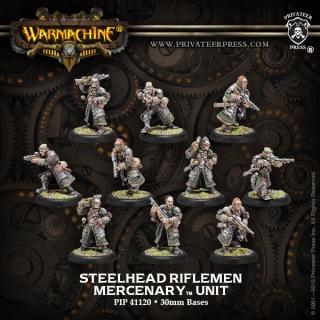 Steelheads are willing to fight anyone, anywhere, anytime—as long as the pay is right. Working in concert, Steelhead riflemen thin out enemy lines with concentrated fire before the halberdiers charge in to cut down foes with practiced precision. Numerous, well-trained, and well-equipped, the soldiers of the Steelhead Mercenary Company are the best money can buy.