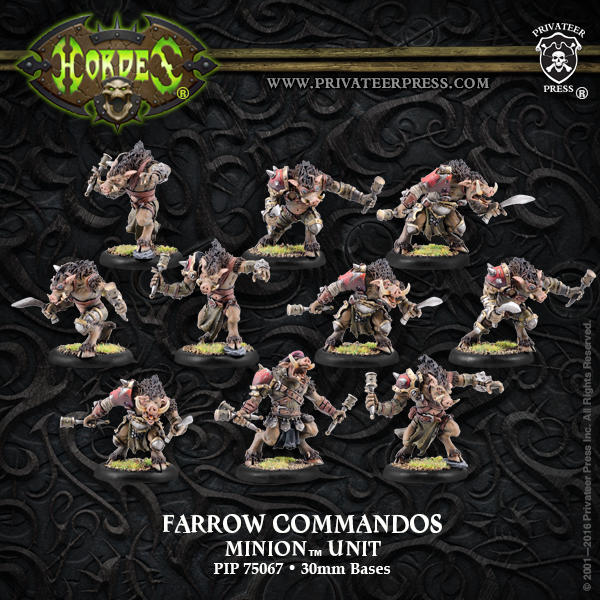 The fierce and hardy warriors of the farrow are as difficult to bring down as the boars they resemble. Armed with primitive rifles scavenged from raids on human caravans, farrow brigands are the equals of many frontline soldiers. After surviving numerous engagements, farrow commandos have begun to imitate the battlefield tactics of more rigorously trained forces. Brandishing grenades and kukris as they infiltrate enemy lines, these cunning fighters offer farrow warlords the ability to quickly strike into the heart of the enemy.

Released the 23rd of November.