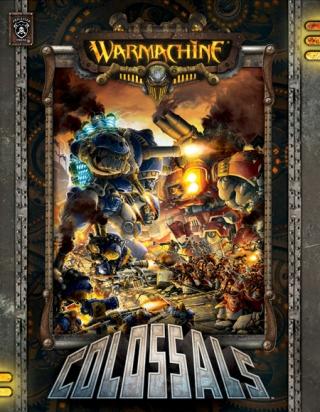 BRACE YOURSELF FOR FULL-SCALE WARFARE!

Darkness descends upon the nations of the Iron Kingdoms as the undead legions of Cryx overwhelm Point Bourne, revealing their true strength. As war once again consumes the land, the embattled nations race to deploy colossal warjacks bristling with weaponry to turn the tide. But the emergence of new threats, both ancient and unseen, will force old enemies into uneasy cooperation in a fight for survival!

WARMACHINE: Colossals brings you the next thrilling chapter of the WARMACHINE saga. Elevate your game with:

FOCUS YOUR WILL AND CRUSH THE ENEMY BENEATH YOUR COLOSSAL MIGHT!