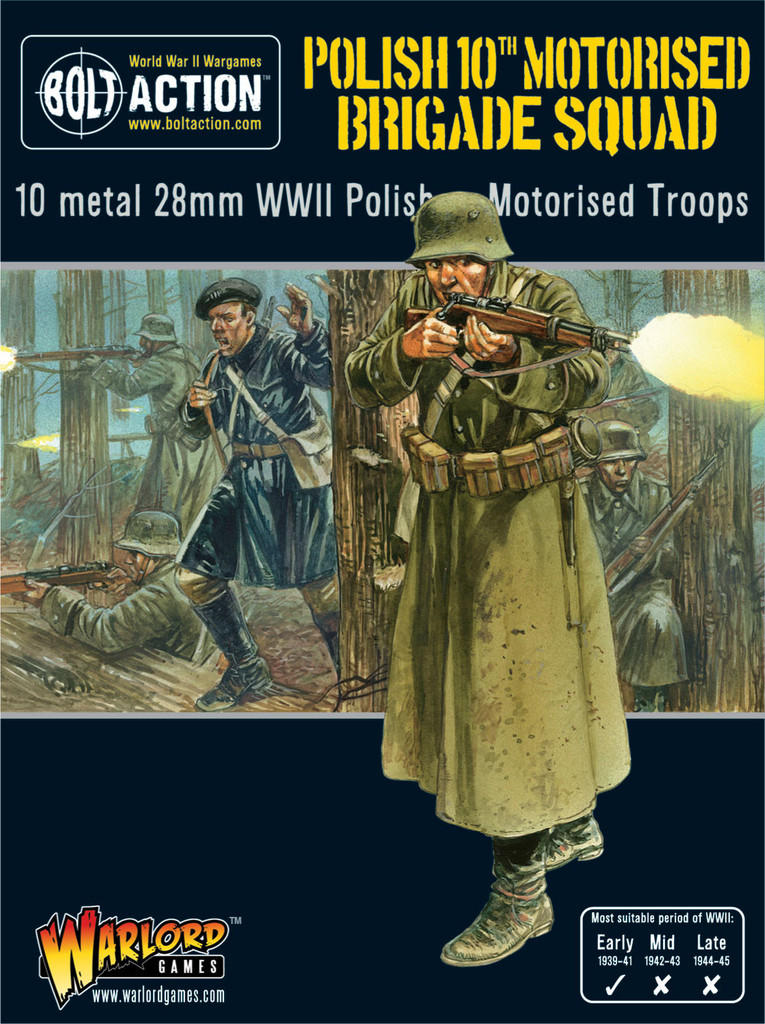 This product is supplied unassembled and unpainted. Glue and paints not included

The 10th Motorised Division is one of the most famous units of the Polish Army during World War II. Officers, NCOs and motorcycle troops wore distinctive black leather jackets along with the German-style stahlhelm, leading to their nickname The Black Brigade

Commanded by the brave and intelligent General Maczek, the 10th were led into many defensive battles as German panzers swept into Poland in 1939.The Black Brigade were a unique unit that were being developed and trained by the Polish high command when war erupted.

The division was composed of infantry and artillery with supporting arms of engineers, artillery, anti-tank and anti-aircraft guns, whilst also boasting tanks, tankettes and lorried infantry. This flexible and hard hitting force fought German mechanized, armoured and mountain troops to a standstill on many occasions.

The 10th Motorised Division fought so skillfully that, rather than surrender, they escaped across the border to Hungary, from whence their survivors went on to carry the fight to the Germans in France before forming the 1st Polish Armoured Division.

Clad in greatcoats this squad is led by an NCO in trademark black leather jacket and beret. Ready to make the German invaders pay for every inch of Polish soil in blood, these doughty fighters will make a potent addition to your force.