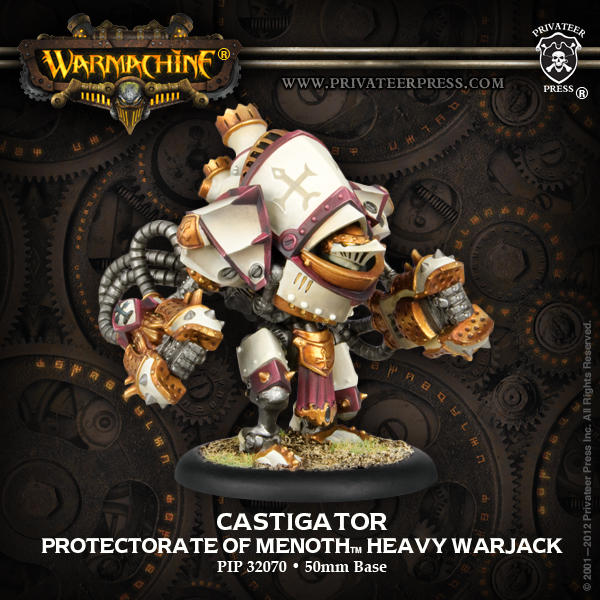 The Reckoner was heralded as the first warjack entirely of Menite design. It lights the way for the faithful with its cannon as it charges across the battlefield and then smashes anything still standing with its club. Based on the same design, the Castigator brings Menoth’s Fury to its enemies with its flaming fists and the ability to ignite the surrounding air with flesh-cremating heat. The Sanctifier is employed in battle to ensure the spirits of the righteous are ushered to Urcaen; as battle wears on, it becomes a vessel for Menite souls, fueling its power even as it protects the righteous.