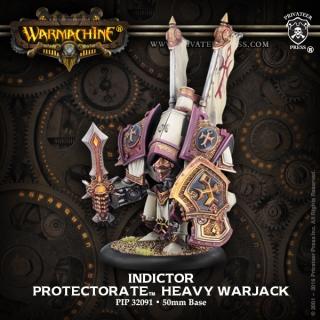 Covered in holy script and able to channel the divine power of Menoth’s clergy through its arc node, the Guardian is a walking icon of the Creator’s might. It is one of the most versatile weapons in the Protectorate’s arsenal, and its presence inspires the faithful to righteous fury. Sanctified and blessed to serve as the bane of profane spellcasters, the imposing Indictor is a bastion of spiritual power against which the foes of the Protectorate must tremble in fear.

Released the 7th of December.