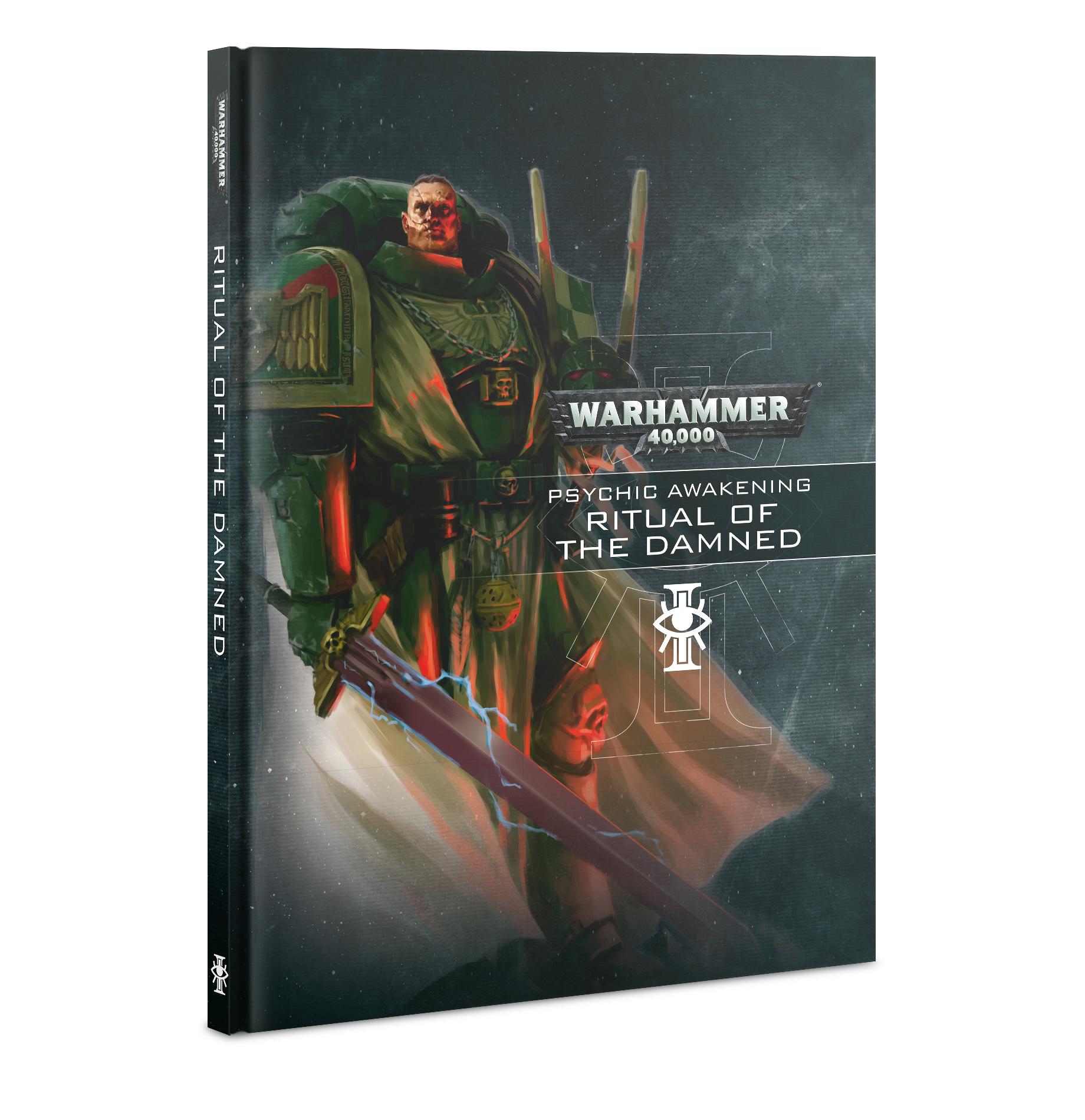 Book 4 of the Psychic Awakening Series

The epic Psychic Awakening series continues with Ritual of the Damned. This campaign book features a host of new rules for the Thousand Sons, Dark Angels and Grey Knights. The campaign book also tells a sweeping narrative recounting the fiendish plan of the Daemon Primarch Magnus the Red, as well as the Prosperan Rift War that followed.

Inside this 88-page book, you'll find:

- Exciting background information on the immediate aftermath of the formation of the Great Rift and the plans that Magnus the Red and the Thousands Sons began formulating to further their own evil ends. Also includes the viewpoints of the Grey Knights and the Dark Angels and tells of their valiant efforts to prevent the Daemon Primarch’s plans from reaching fruition.
- Missions that allow you to recreate some of the most pivotal battles during the conflict, and war zones that let you bring your battles to some of the most distinctive sites that were fought over.
- Expanded army rules for the Thousand Sons, Dark Angels and Grey Knights, including Warlord Traits, Stratagems, Relics, and psychic powers.
- A new unit for the Grey Knights – the Grey Knights Chaplain – along with a set of six Litanies of Purity for them to utilise in battle.