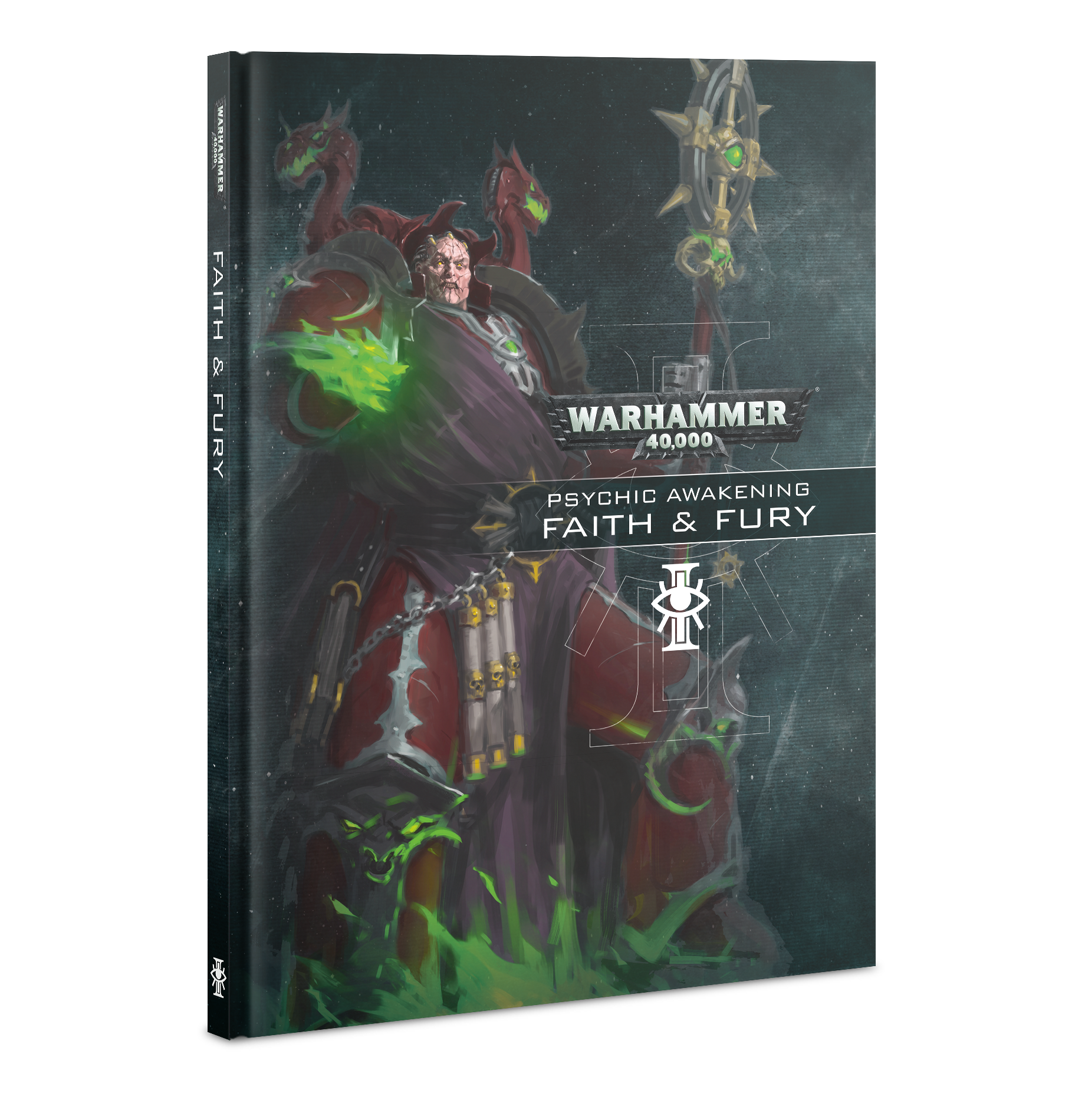 Book 2 of the Psychic Awakening Series

The epic Psychic Awakening series continues with Faith & Fury. This campaign book features a host of new rules for both the Adeptus Astartes and Heretic Astartes alike – as well as codex expansion's worth of rules for the mighty Black Templars Chapter! The campaign book also tells a sweeping narrative recounting the tapestry of heroism and villainy woven around the world of the Talledus System.

Inside this 96-page book, you'll find:

- Exciting background that describes how the time of the Great Rift found the Imperium reeling, assailed on a million fronts by the surging forces of Chaos. The Indomitus Crusade ventured deeper into occupied territory only to discover that the predations of the Great Enemy had intensified. The story then focuses on Talledus sub-sector – how the taint of Chaos had begun to take root there, lurking unnoticed for many years before the Great Rift enabled the Word Bearer fleets to make warp transit to the heart of the sub-sector.

- Missions that allow you to recreate some of the most pivotal battles during the conflict, and war zones that let you bring your battles to some of the most distinctive sites that were fought over.

- Expanded army rules for the Black Templars, including Warlord Traits, Stratagems, relics, Tactical Objectives and even a name generator for the legendary crusaders of Dorn!

- Expanded army rules for the Adeptus Astartes, including Chapter-specific Litanies of Battle as well as upgrades to Chaplains, Techmarines, Librarians, Apothecaries, Ancients, and Company Champions, providing more in-depth rules for these Chapter heroes.