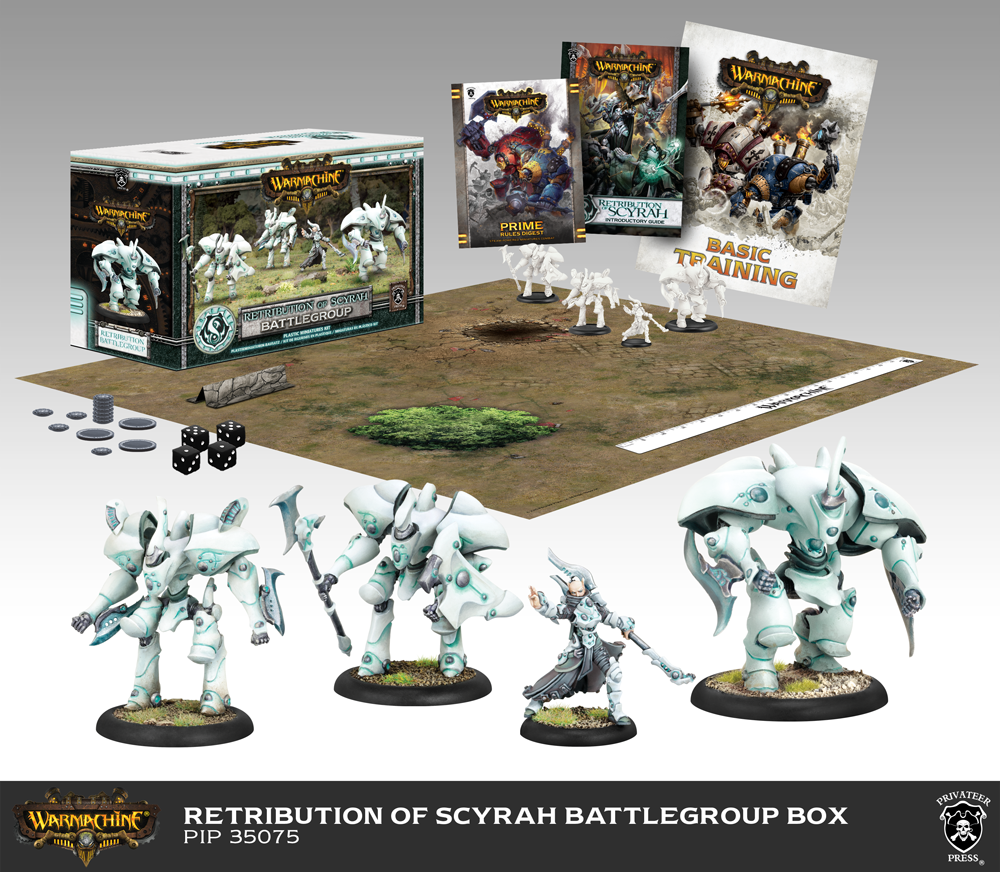 Determined to save their goddess from the human wizards whose magic they believe is slowly killing her, the deadly warcasters of the Retribution of Scyrah strike with their armies and arcane warjacks against any who stand in their path. Take command of the combined might of Ios with this fully loaded battlegroup box!