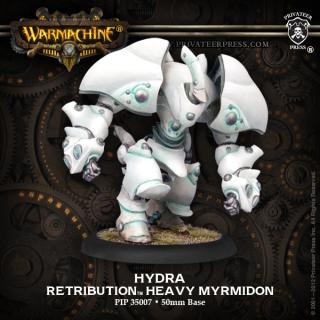 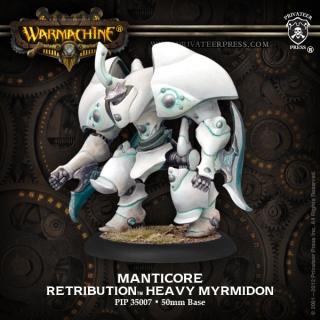 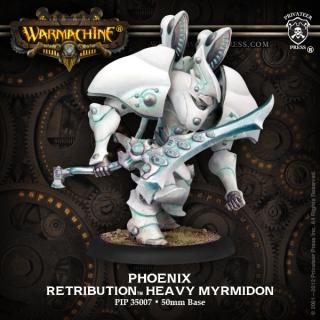 This item is freepost when bought on its own or with any
other freepost itemIn stock!

House Shyeel has brought the power of its formidable myrmidons to the
Retribution, fighting machines enhanced by sophisticated arcanika
systems.

The Hydra stores energy in its arcane batteries to unleash a
torrent of crushing blows or a singularly powerful blast. The Manticore
is equally as formidable in melee or at range, thanks to kinetically
augmented attacks and its Cyclone Cannon.

The Phoenix enters battle in
a blaze of blue-white flames as liquid fire ignites along its massive
thermal blade. This box set contains three color stat cards and one
multi-part heavy myrmidon plastic model . Included are all
the components to assemble one of three heavy myrmidon variants: Hydra,
Manticore, or Phoenix.