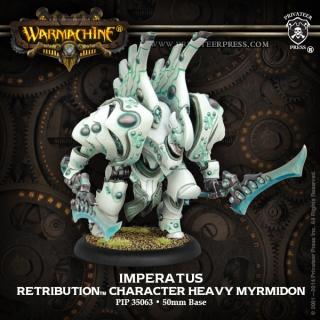 As regal as its name suggests, the Imperatus was engineered to be without peer. The myrmidon wields a pair of blazing thermal blades to deadly effect, annihilating foes in a flurry of fiery impacts. At a distance it musters energy from its field to empower the Halation cannon, a weapon that can direct a concentrated burst of superheated energy with pinpoint accuracy. Its most astonishing feature is the Phoenix Protocol, a failsafe system that can rapidly restore the Imperatus to full fighting force.