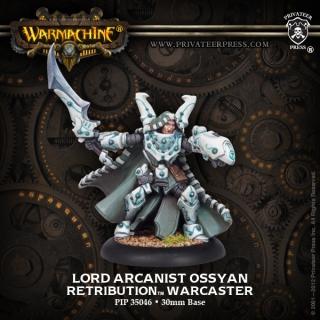 New as supplied by Privateer PressThe fundamental laws of reality twist and shatter beneath the will of
Ossyan, Lord Arcanist of House Vyre. Time bends with but a gesture from
him, and he can alter his perception to see the convergence of fate.
Armed with perfect foresight he is a deadly combatant and battlefield
general. Ossyanâ??s myrmidons and soldiers move with the assurance of
destiny as he unleashes House Vyreâ??s sophisticated armaments upon the
enemies of the Retribution.