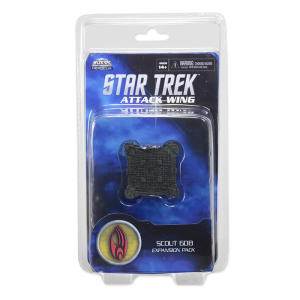 The Scout Cube is a smaller vessel used by the Borg for reconnaissance to ascertain information about species that are unknown to the Borg Collective. Scout 608 is a Borg Scout Cube that was sent to the Argolis Cluster. It has a crew of 5 Borg drones, including Third of Five, the drone that would later be known as Hugh, the name given to him by Geordi La Forge while he was aboard the U.S.S. Enterprise-D.