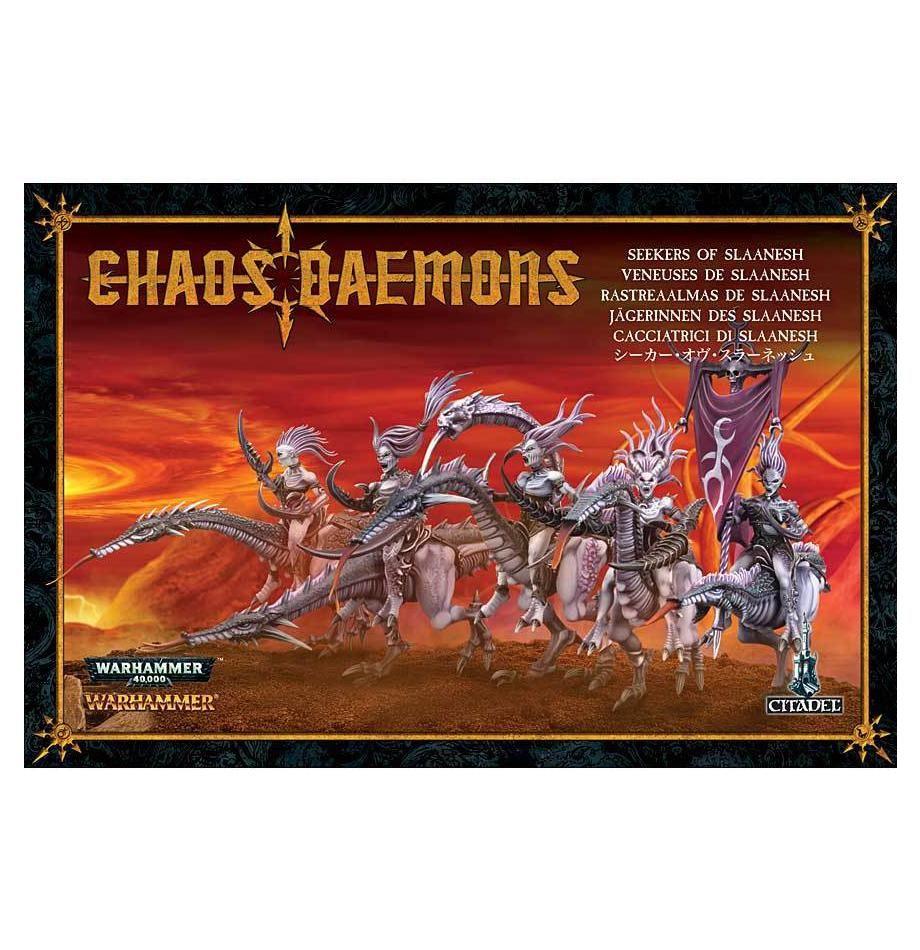 The Seekers of Slaanesh are the outriders of the daemonic hosts, Daemonettes who ride upon swift and deadly Steeds. Seekers can cover vast distances at unbelievable speeds; they are an excellent flanking force, able to deftly outmanoeuvre almost any foe.

The Steeds are lithe, unsettling creatures with muscular limbs and long, terribly poisonous tongues - it is said a single caress from a Steed's tongue is enough to drive a man into a deathly rapture. The Daemonettes are no less deadly, with lethal claws to slash and slice at their foes.

This set contains five multi-part plastic Seekers of Slaanesh. This 59-piece set includes ten different Daemonette heads, two different Slaanesh icons, and a host of other optional components. Also included are all of the pieces needed to assemble a champion, musician and standard bearer. This set also contains five Warhammer 40,000 Bike Bases and five 25mm x 50mm bases, enabling you to assemble your Seekers for use in either Warhammer or Warhammer 40,000.