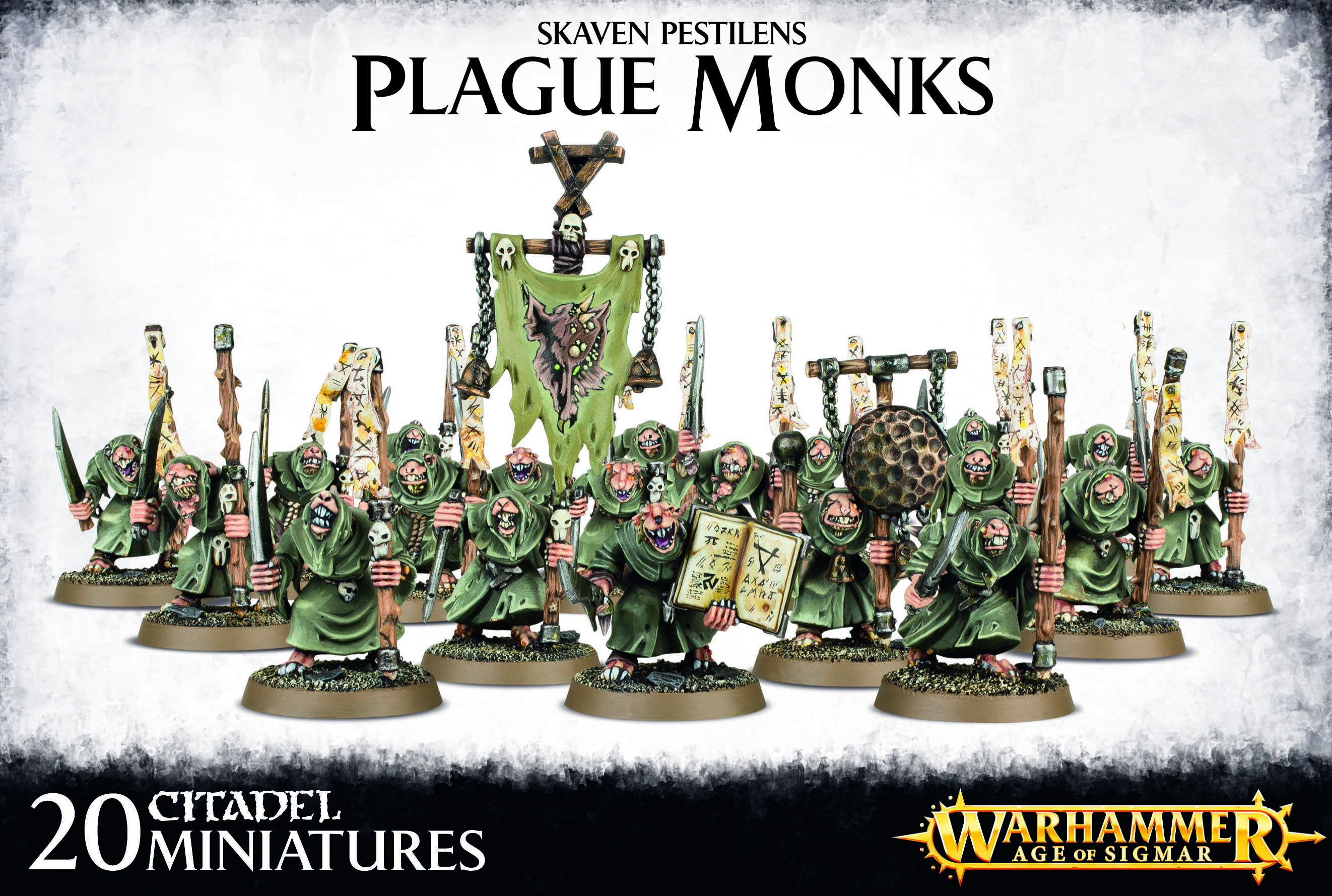 Driven into battle by their frenzied faith in their decadent god, the Plague Monks of Clan Pestilens are a repulsive tidal wave of filth that smashes into their enemies with the power of a flood. Wildly slashing, hacking and stabbing with their dirt-encrusted blades, they spread disease and foetidness wherever they fight, infecting with every blow and gnawing at foes with their rotting - yet still formidable - fangs.

This multi-part plastic kit gives you everything needed to build a chittering horde of twenty Plague Monks, with the option of arming them with a pair of Foetid Blades or a Foetid Blade and Woe-stave. One model can be built as a Bringer-of-the-Word - he clutches either a Plague Scroll or Book of Woe. A model can be assembled as an Icon Bearer with either a Contagion Banner or Icon of Pestilence, and a model may be assembled as a Plague Harbinger, carrying either a Doom Gong or a dreaded Bale-chime.??