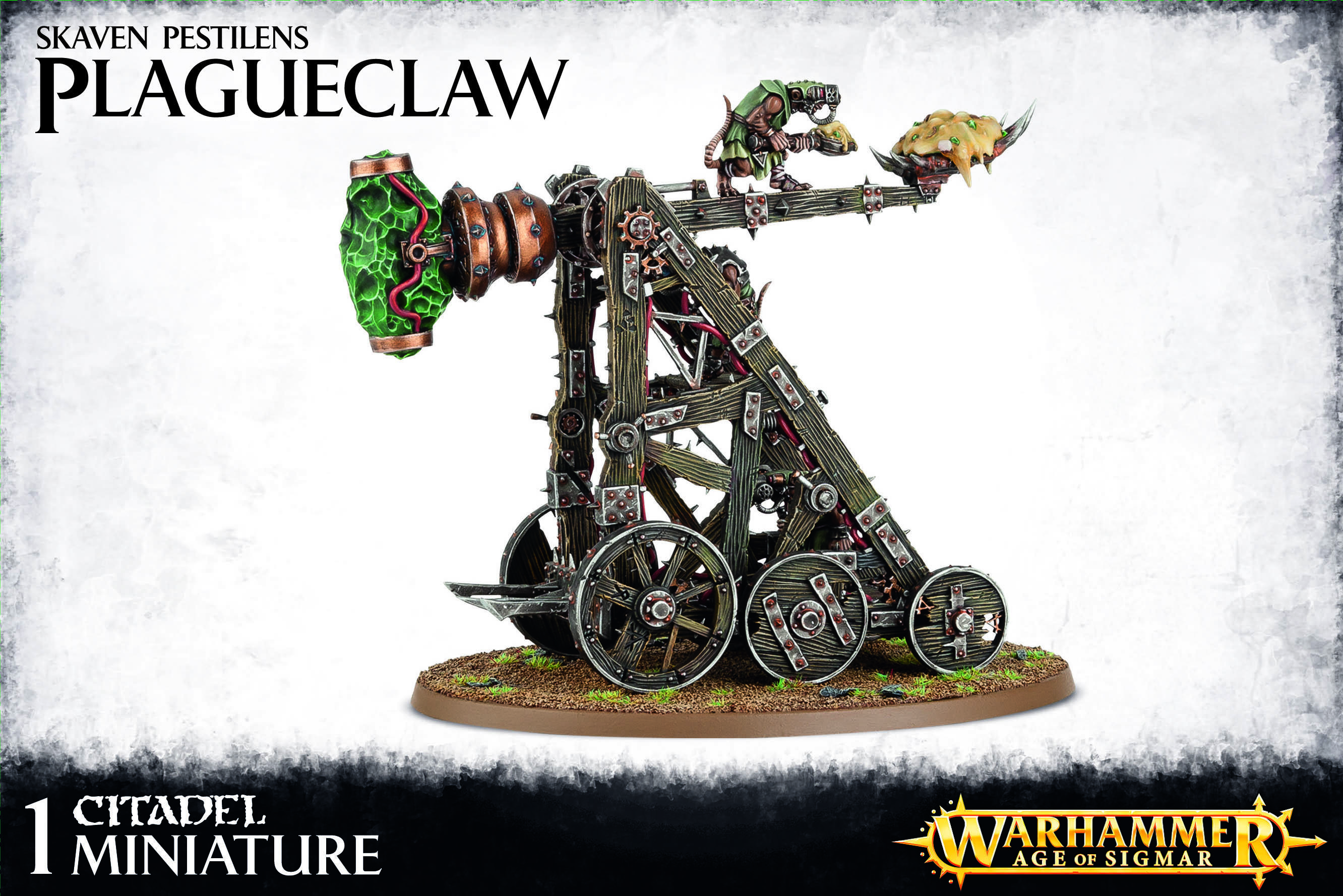 While Clan Skryre perfects the art of firing incandescent balls of warp lightning, the Plague Monks of Clan Pestilens are busy launching toxic sludge from their Plagueclaws, which bring long-range death to their arsenal.

As befits any warmachine built by the hands of the Skaven, the Plagueclaw model comprises of a huge timber frame and several wheels of varying size, the wood for which is noticeably rickety and precarious. It is bolted together with numerous metal plates and rivets, and tuned by cogs and screws. The catapult itself is made of a large timber beam, the end of which contains a metal claw that holds a pile of toxic sludge, while a large chunk of warpstone counterbalances the device at the other end of the beam. The kit comes with two sets of crew to represent either Clan Skryre or Clan Pestilens, making it wonderful addition to any Skaven collection.