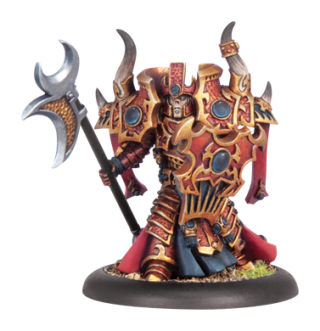 The very epitome of cataphract stoicism, strength, and martial prowess, Tyrant Vorkesh is veritable juggernaut of armored destruction. As Vorkesh cleaves through enemy after enemy, his deadly accuracy with his weapon, the Arm of Rahal, inspires the cataphracts around him to strike with the utmost skill and precision, while his sheer force of will shields them from enemy magic.