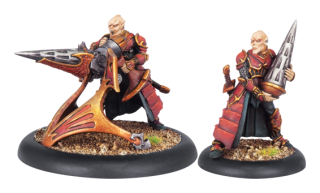 Spraying the battlefield with a constant hail of razor-sharp needles, the flayer cannon is an immense, high-powered version of the weapons carried by Venator reivers. Although devastatingly effective against enemy troop formations, the flayer cannon is deadliest against larger targets, such as war beasts, ripping into their massive bodies with bursts of its flesh-shredding needles.