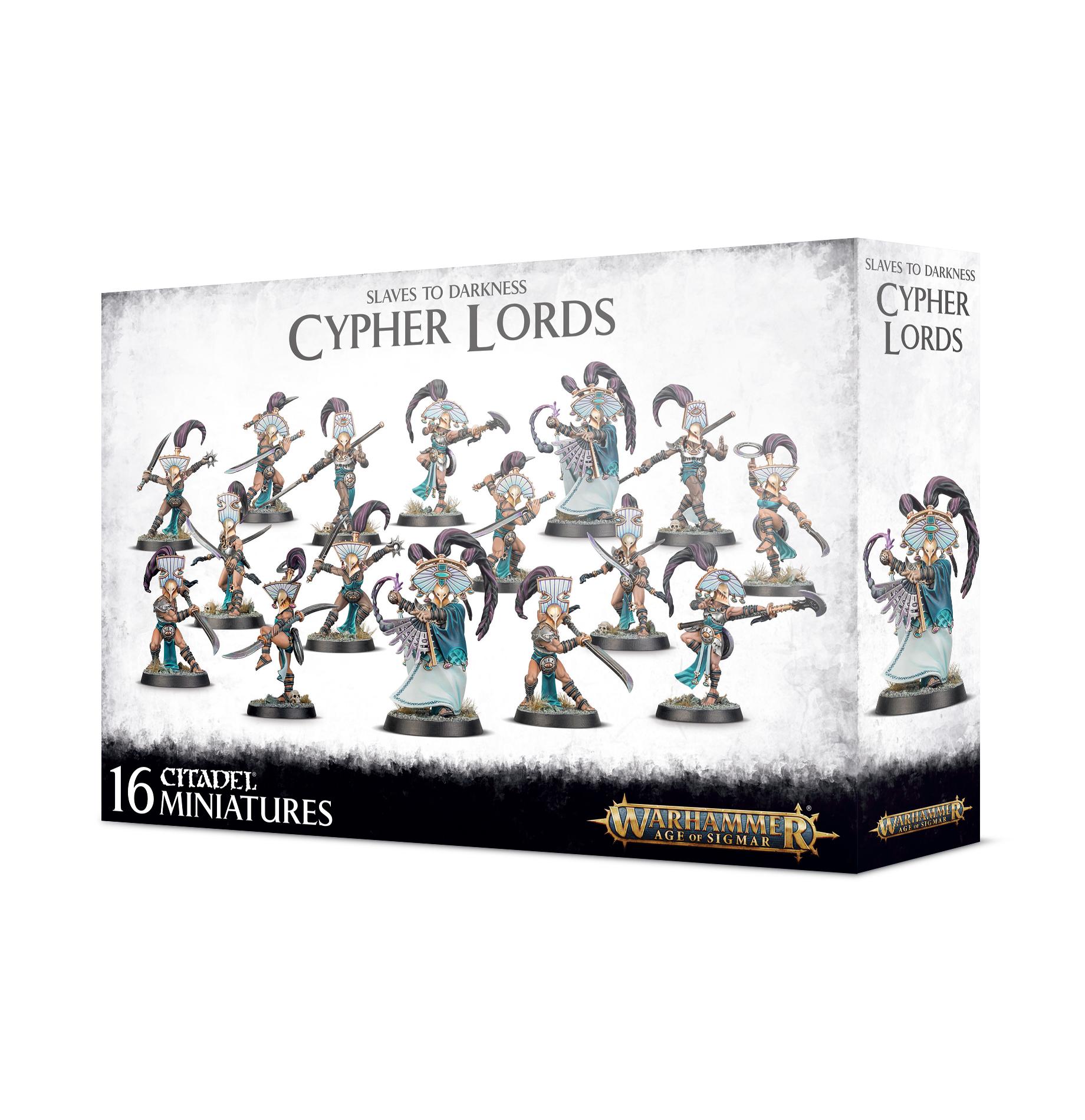 The Cypher Lords seek not only to defeat their foes, but to drive them to insanity, for they believe madness is the purest form of Chaos. In battle, the alchemical bombs and illusory tactics of these Hyshian cultists render them almost impossible to pin down.

Madness, mayhem and massacre are the name of the game with the Cypher Lords - a fast and effective unit for your Slaves to Darkness army. These Hyshian cultists are an excellent disruption unit in Warhammer Age of Sigmar, costing only a handful of points and featuring a nifty ability that lets them mess with your foes' hit rolls. Alternatively, you can use this set to bolster your roster for Warcry if you already own your Fighter Cards and Abilities Card for the Cypher Lords.