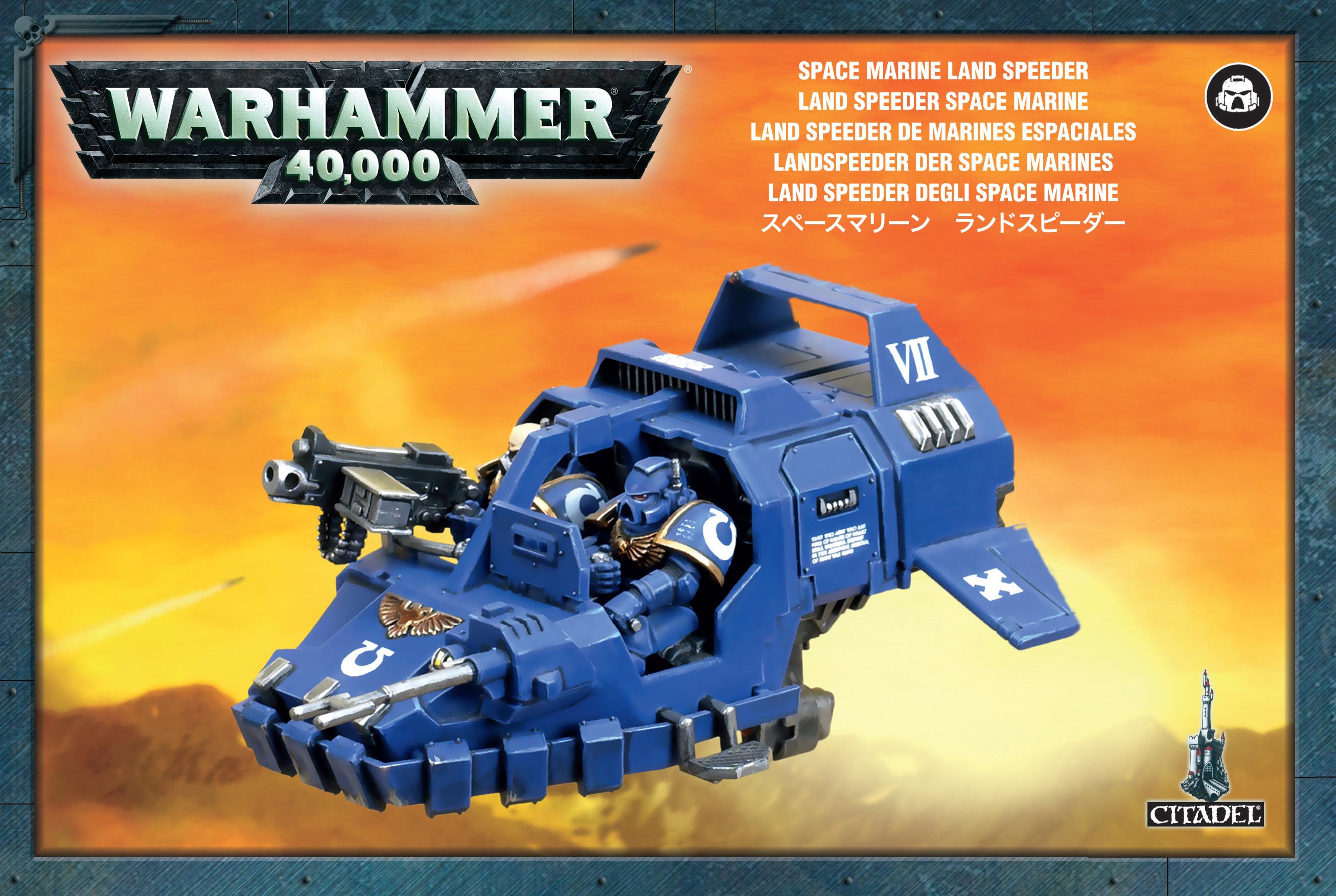 Land Speeders use a repulsion plate to skim a planet's gravitational field, simulating the effect of flight, and enabling them to perform low-altitude manoeuvres. With their versatile weapons loadout, Land Speeders can be tasked to a variety of battlefield objectives. These can range from lightly armed reconnaissance and scout deployments, to tank hunting or other seek and destroy missions.

This box set contains one multi-part plastic Space Marine Land Speeder. This 60-piece kit allows you to assemble any of the three Land Speeder variants, including the Tornado and Typhoon pattern Land Speeders. This set contains an assault cannon, a heavy flamer, a Typhoon missile launcher, a multi-melta and a heavy bolter. Also included are Chapter symbols for the Blood Angels, the Dark Angels, the Ultramarines and the Space Wolves.