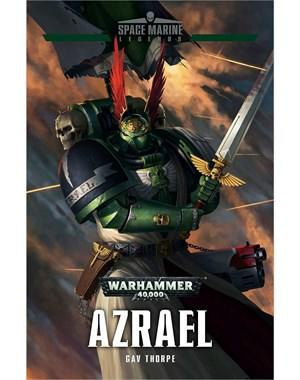 The Dark Angels Chapter sprang from the First Legion of Space Marines to fight and die at the Emperor's side. But over ten thousand years, even the most staunchly loyal warriors of the Imperium can fall from grace, and the Dark Angels guard their own murky secrets most carefully - only Supreme Grand Master Azrael knows them all. A legend among Space Marines, he has fought for centuries and ever at the forefront of battle. Now, with the enigmatically alien eldar as his uneasy and unlikely allies, he must tread the fine line once more between the pursuit of victory, and keeping the Chapter's past safely buried...