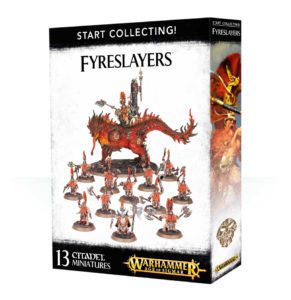 Charging into battle without hesitation, screaming war cries at a cowering foe while hefting enormous war-axes, the Fyreslayers are the descendants of the shattered warrior god Grimnir. They bear runes of shining ur-gold hammered into their flesh ur-gold which, they believe, contains the very essence of Grimnir himself, giving the incredible strength for which they are notorious. Their fury in combat and unbreakable oaths are legend, and their axes are feared berserk warriors born for war, the Fyreslayers burn with Grimnirs fury!

This is a great-value box set that gives you an immediate collection of fantastic Fyreslayer miniatures, which you can assemble and use right away in games of Warhammer Age of Sigmar! Youll receive:

- an Auric Runesmiter armed with a choice of fyresteel throwing axe and runic iron;

- an Auric Runeson with fyresteel throwing axe and wyrmslayer javelins;

Included in the box is an exclusive Warscroll Battalion rules sheet Hajkarl's Sons of Fortune allowing you to collect, assemble and play with your new miniatures right away! 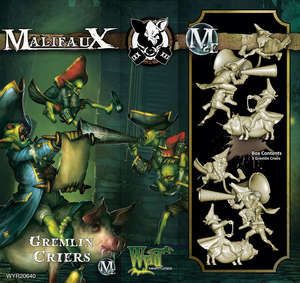