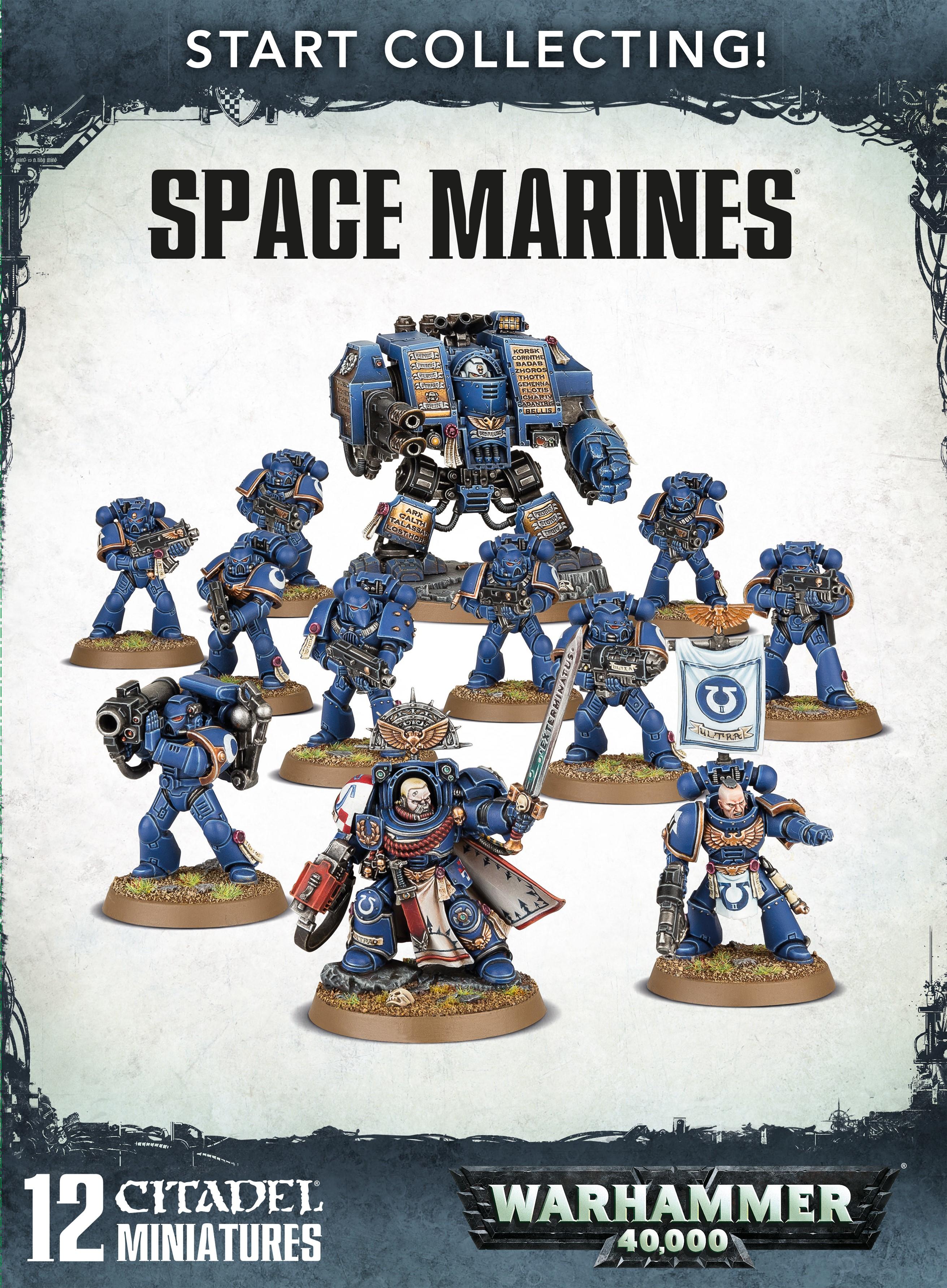 Elite, genetically engineered warriors tasked with the protection and expansion of the Imperium of Man, the Space Marines are the ultimate weapon. Armed with a vast selection of iconic weaponry, clad in suits of intimidating ceramite power armour and borne to war aboard deadly vehicles, they are the greatest warriors the galaxy has ever known.

This is a great-value box set that gives you an immediate collection of fantastic Space Marines miniatures, which you can assemble and use right away in games of Warhammer 40,000! Youll receive a Terminator Captain, a Venerable Dreadnought, a ten-man Tactical Squad and an exclusive Space Marines Formation rules sheet - the Firespear Strikeforce - allowing you to collect, assemble and play with your new miniatures right away!