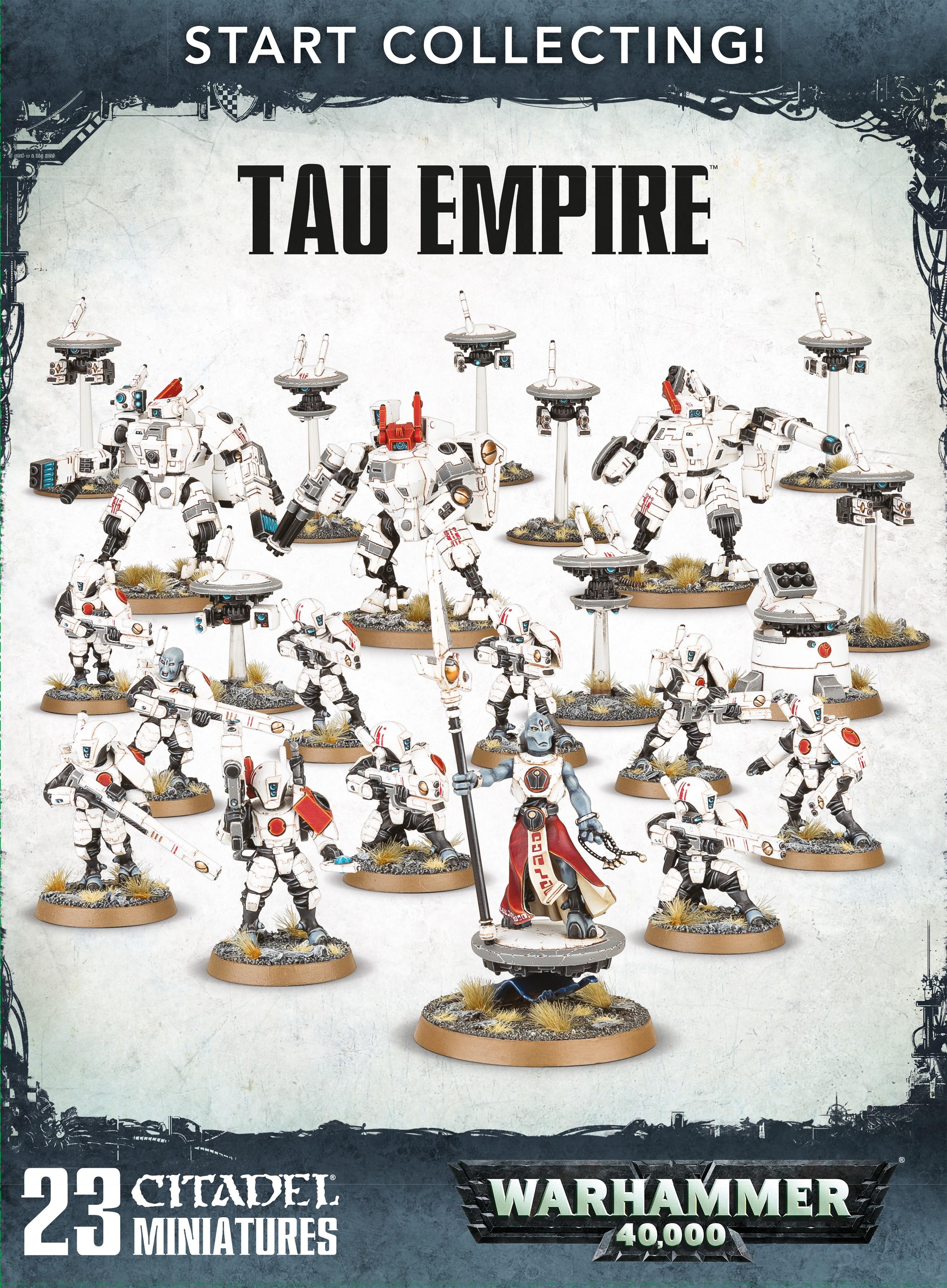 Using speed, genius tactics and overwhelming firepower to spread their message of the Greater Good across the galaxy, the T'au Empire is a race known for incredibly advanced technology. Fuelled by the absolute conviction that their cause is just, they bring enlightenment to all at the barrel of a gun. Join, or die.

This is a great-value box set that gives you an immediate collection of fantastic T'au Empire miniatures, which you can assemble and use right away in games of Warhammer 40,000! You'll receive an Ethereal on Hover Drone, three XV8 Crisis Battlesuits, a ten-man Fire Warriors team (including two drones and a DS8 Support Turret) and an exclusive T'au Empire Formation rules sheet - the Ethereal Honour Guard - allowing you to collect, assemble and play with your new miniatures right away!