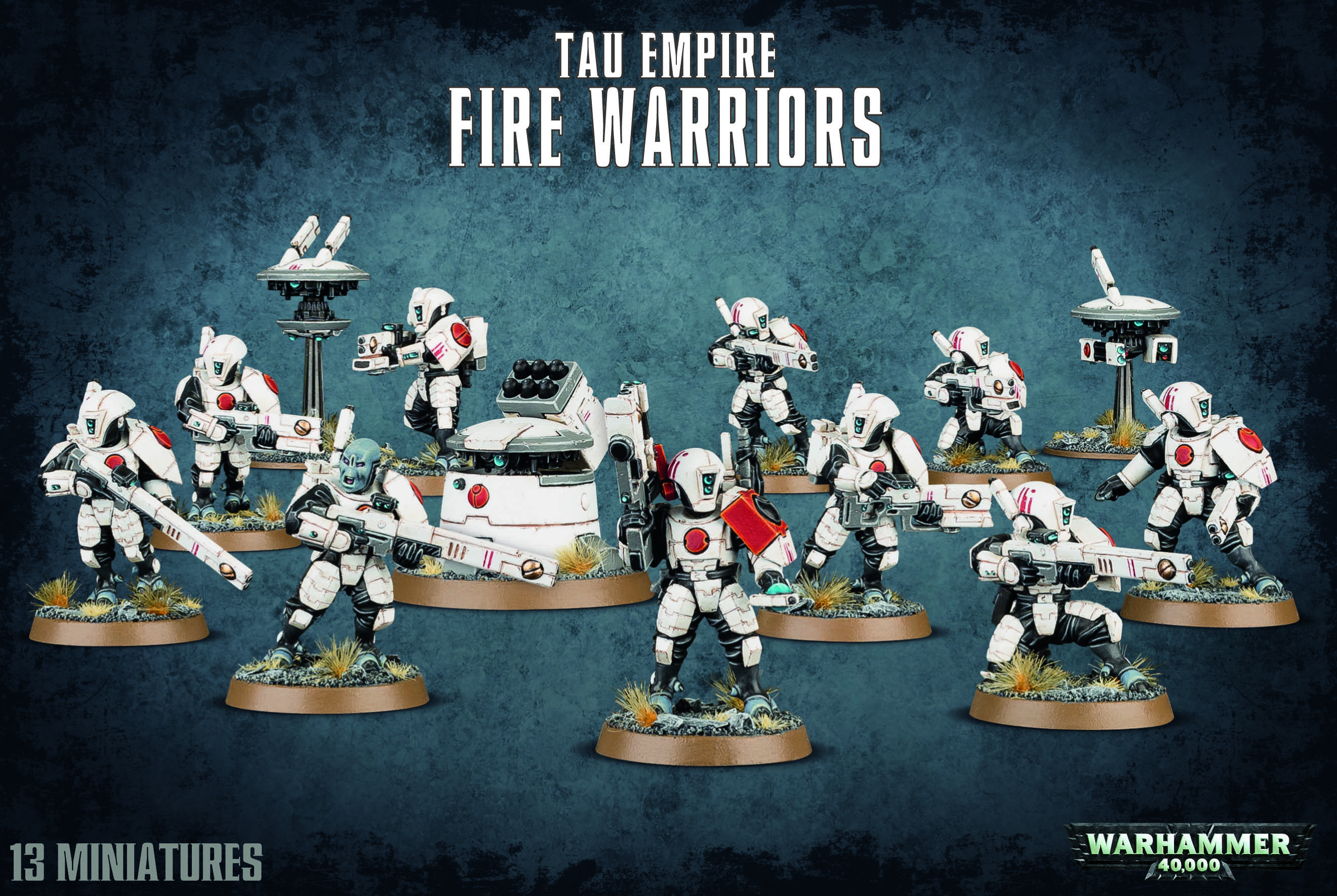 This multi-part plastic kit gives you everything you need to build ten Tau Empire Fire Warriors, in their Breacher Team configuration. One model may be upgraded to a Shasui, and the kit includes two drones, a DS8 tactical support turret, a selection of different shoulder pads and back packs and a choice of weapons - pulse pistols, pulse shotguns, EMP and photon grenades! 230 components in total, with ten Citadel 25mm Round bases, one Citadel 40mm Round base and two small flying bases.