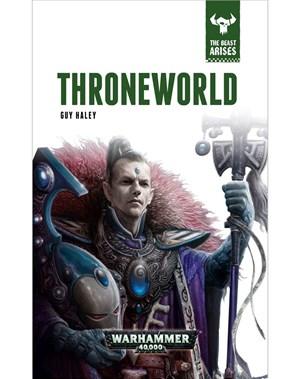 New, as supplied by Games Workshop.

THE STORY
The Imperiums situation has never been more grim an ork attack moon hangs over Terra, and ork armadas ravage human space. To make matters even worse, eldar strike at the heart of the Imperial Palace, forcing humanitys defenders to fight on two fronts at once. Though it seems nothing can stop the orks neither brute force, science, nor faith an unlikely alliance in the furthest reaches of space uncovers the first clue how to defeat the greenskins. The Adeptus Astartes now face an almost impossible task - taking news of this discovery back to Terra through a galaxy teeming with orks.