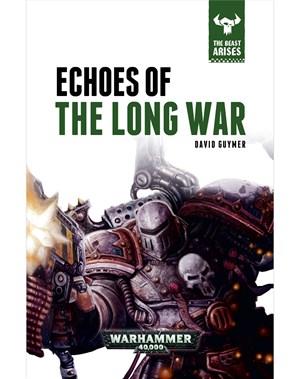 The Beast Arises: Echoes of the Long War

THE STORY
Paralysed by the continued ork invasion of Imperial space, the rulers of Terra continue to fight among themselves. Finally losing patience with the High Council, Koorland the last surviving Imperial Fist ousts the Lord Commander and seizes control. Elsewhere, the Fists Exemplar are forced by circumstance to fight alongside the Iron Warriors. Where will such an alliance lead can a Traitor Legion ever be trusted?