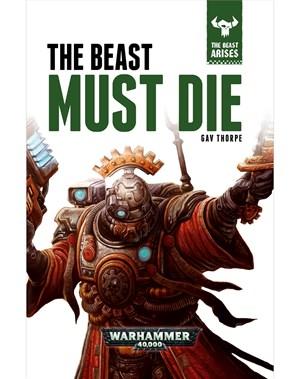 The Beast Arises: The Beast must die

THE STORY
The Imperium has been brought to the edge of extinction by an ork invasion of unprecedented scale and depth. Piecemeal strikes against the invaders prove ineffective - for every ork fleet destroyed, five more appear. The only solution is to find and kill the orks' warlord - the Great Beast. Surely if its leader is killed, the greenskins' empire will fall apart in agony of infighting and confusion. Lord Commander Koorland assembles a mighty army, but when they arrives on the orks home world, the forces of the Imperium discover they have disastrously underestimated the might and ingenuity of their enemy.