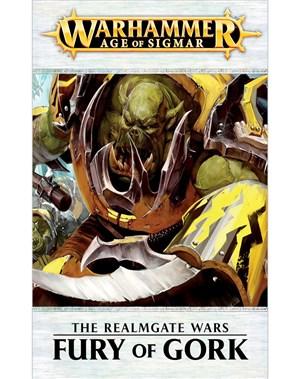 The Realmgate Wars: Fury of Gork

Zephacleas and his Astral Templars have been sent into the wildest regions of the Ghurlands to seek out Gorkamorka, the double-headed god of the orruks and one-time ally of Sigmar in the age before Chaos. However, their search is interrupted in the boneyards of the gargants by the Tzeentchian sorceress Sharizad, who quests for a powerful daemon sword. Aided by the black-clad Sons of Mallus, the Astral Templars must brave the Howling Labyrinth to stop the weapon from falling into the wrong hands – and unexpected allies in this mission might lead them closer to their original goal: meeting the fist of Mork and the fist of Gork.