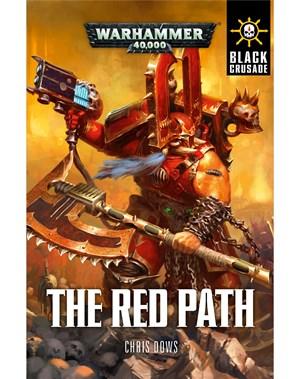 Khârn the Betrayer, Chosen of Khorne, is a force unchained and unbowed. Leading a band of ferocious berzerkers, Khârn follows the Red Path, bringing battle and bloodshed to all who stand in his way. As Abaddon the Despoiler\'s Thirteenth Black Crusade grips the galaxy, the Warmaster seeks to yoke Khârn\'s strength and barbarity for his own ends, but it soon becomes clear that the Champion of the Blood God will not kneel easily. In his defiance, Khârn takes a bloody path that will lead him into conflict not only with the Imperium but also the Black Legion - and none will escape the carnage that follows.

This story has been previously available in serialised form as the following short stories: