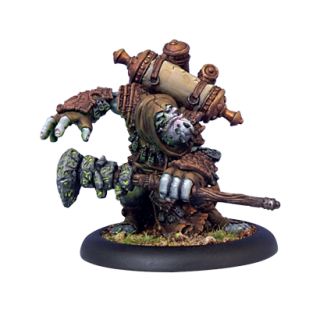 Hoarluk Doomshaper has remained focused on the fundamental connection between all trolls. He has merged his mind with the most violent and powerful of these creatures and thereby tapped into reserves no shaman has ever known. Not only has he unlocked unimagined regenerative powers, he has gained insight into the primal nature that binds warbeast to warlock and can employ this lore against his enemies.